As the age-old adage goes: time heals all wounds. 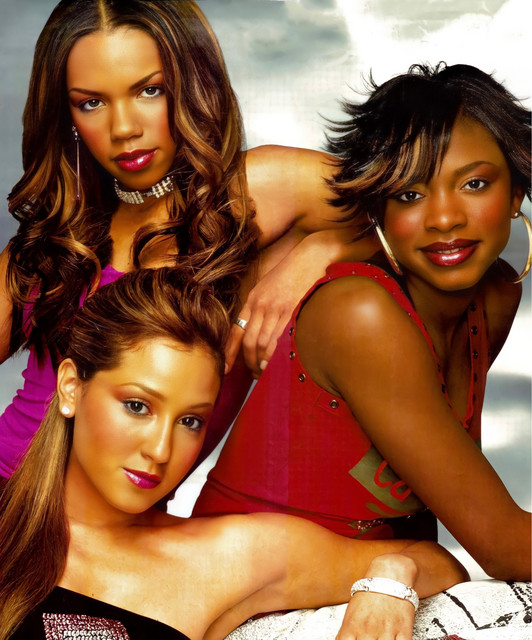 And while that may not be the case for some, it is the case for former 3LW members Naturi Naughton and Adrienne Houghton.

Together with Kiely Williams, the ladies made up the members of the 00s R&B ensemble

With hits such as ‘No More’ and ‘Playas Gon’ Play’ under their belt, the group looked poised to break new ground in an ever-competitive music landscape.

Those plans were halted when Naughton dramatically left the group amidst ample drama and a flying bucket of KFC. The latter of which has remained somewhat of a Pop culture mystery – given the alternate accounts uttered by all involved.

She was replaced by Jessica Benson for a brief spell before 3LW disbanded and two of its members went on to form The Cheetah Girls.

In 2017, Houghton apologized to Naughton live on The Real. Now, the ladies appear to be mending fences the more.

Jointly sharing shots of themselves together, Naughton and Houghton captioned the snaps (above and below) with:

We love to see it!

Because the ‘Spectacular’ singer has taken aim at both of her former bandmates in recent years.

But could there still be hope?

Only time will tell.

DRAKE CASUALLY KNOCKS BACK TEQUILA SHOT WITH FANS IN DETROIT