Hip-hop trailblazer and legendary dancer Bruno “Pop N Taco” Falcon has died … this according to his loved ones.
His sister, Diana Wolgamott, says … the longtime Los Angeles-based breaker and choreographer passed away Saturday at his Long Beach home. She says she believes he may have died from a possible heart attack. We’re told his death is considered natural, and no autopsy will be conducted.
Bruno was a staple in the dance scene throughout the ’80s and ’90s — specifically, through a style he sorta carved out as his own in locking … which he popularized in the cult classic film “Breakin'” where he played one of the main characters, Electro Rock 1 opposite Ice-T.
Speaking of, the rapper confirmed his death on Twitter … replying to a fan who asked if he’d heard of Bruno’s death and saying, “Yep, just got a text. He was to young. Smh.”

Yep, just got a text. He was way to young. Smh https://t.co/guoYnhWgI0

The guy went on to act in other films such as “Bill & Ted’s Bogus Journey,” “Thumbelina” and even Michael Jackson‘s “Moonwalker.” He actually had a pretty tight relationship with MJ … having danced on and off with the superstar for years, even appearing in some music videos. 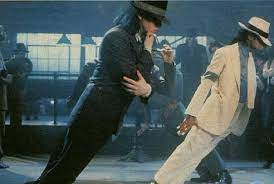 He might best be remembered as one of the dancers on “Smooth Criminal” who did the iconic lean dance sequence. Bruno is also said to have taught Michael a thing or two about popping and locking … a style MJ employed often in his career. Bruno was with Michael during his HIStory tour in the ’90s — he appears to have served in a choreographer capacity.

Bruno has also danced with other Jackson family members including La Toya and Janet. He’s also appeared in music videos for Lionel Richie and Chaka Khan, among other storied artists. 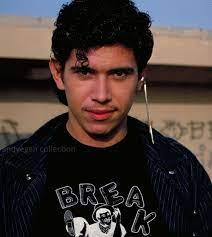 Travis Scott Stops Concert and Orders Fans Dangling from Truss to Get Down!!!