During an episode of Chappelle’s Show, the late comedian and actor Charlie Murphy told a hilarious story about playing basketball with the legendary Prince. The showdown happened after Prince invited Charlie and his superstar brother Eddie Murphy upstairs to his condo for a game and homemade pancakes.

Howard Hewett, a former member of 80s R&B group Shalamar which kicked off the career of Grammy Award-winner Jody Whatley, sat with DJ Vlad for an interview, and one of the segments from that conversation finds him revealing the events in Charlie Murphy’s infamous story actually happened.

“I wasn’t there, but they met up at this place that everybody used to go to called El Privado’s down on Sunset Boulevard. Every Monday night everybody used to hangout there Rick James, Prince everybody,” Hewett said. “The next day Micki [Free] calls me and tells me ‘Man we saw Short Cat up at El Privados, and they invited us up to the house, well he was with Prince. We saw Eddie and Charlie Murphy and invited them up to the house to go play.’”

Hewett continued, “Once they got up there listening to music and all that, Prince says ‘You want to play some basketball?’ And Micki said ‘Man he came out cause Eddie and them basketball ready and then Prince came out in his heels.’ That boy, he can ball in heels, almost dunking. Micki told me after they got done he told me [Prince] was like ‘I’ll make some pancakes.’”

Fans will always remember Prince’s legacy, and one of the things that are talked about is the distribution of his money. Prince still sees money come his way seven years after his untimely passing, but his estate couldn’t figure out how to manage it for all these years. 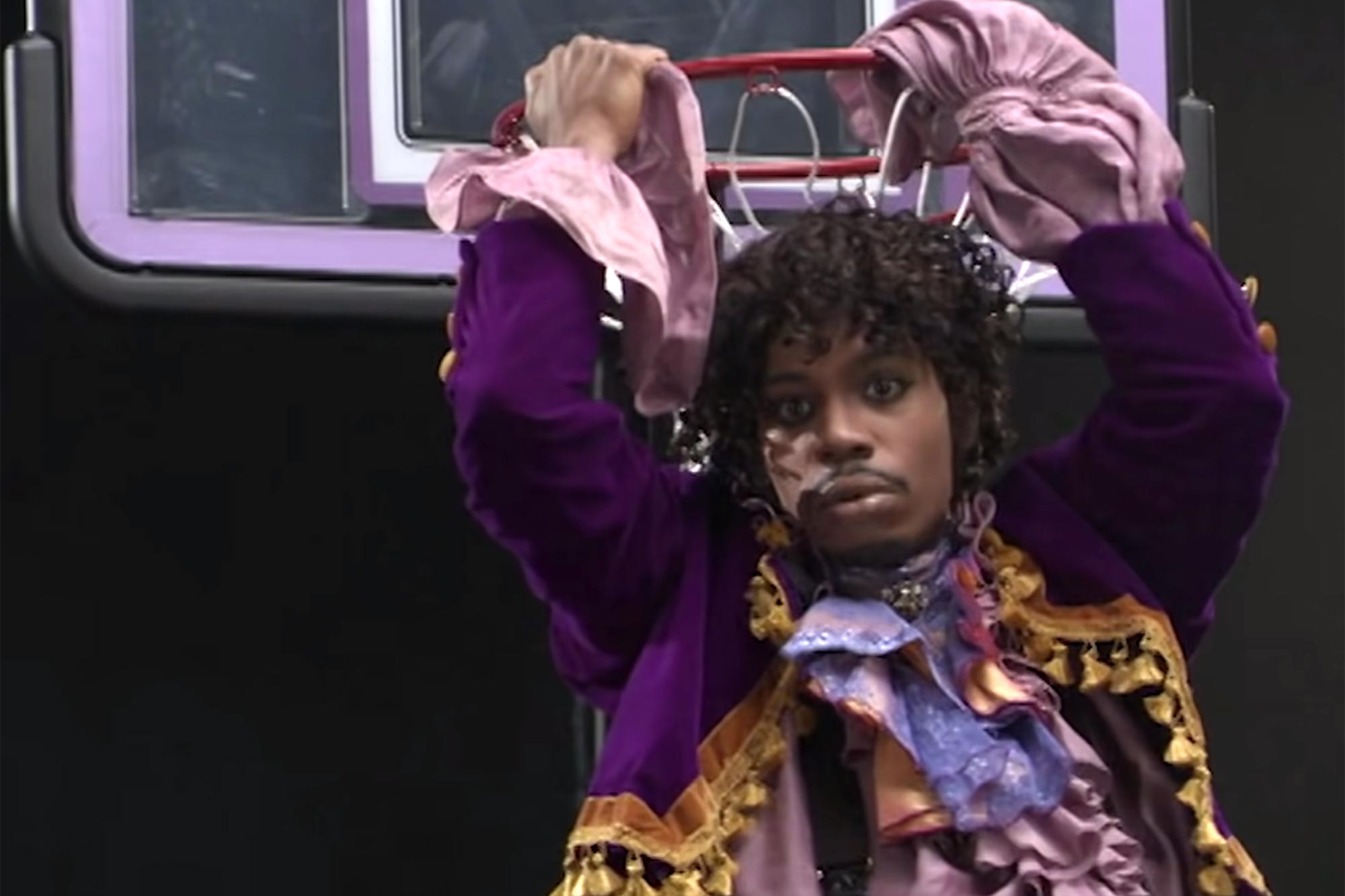 According to a report from Variety, Prince’s estate has come to an agreement that his assets are valued at $156.4 million. There has been controversy surrounding the late singer’s estate as all types of numbers were thrown around but the Internal Revenue Service and Comerica will distribute Prince’s money with clearance from his heirs that includes six of his siblings.

Take a trip down memory lane and watch the infamous Chappelle’s Show skit below.