Kyle Rittenhouse intends to sue LeBron James … after he says the NBA superstar defamed him during his murder trial late last year to his 50+ million fans on social media.
And, he’s not just going after The King … he also says he’s going after President Joe Biden and Whoopi Goldberg, among others.
As you know, 19-year-old Rittenhouse was charged with 2 counts of homicide, 1 count of attempted homicide, in addition to other charges, for shooting 3 people — 2 fatally — at a protest in Kenosha, WI.
During his trial, Rittenhouse took the stand … and became emotional when talking about the events of August 25, 2020.
But, not everyone was buying the tears. Most notably, LeBron, who sent out a tweet mocking Rittenhouse’s breakdown to his millions of followers. 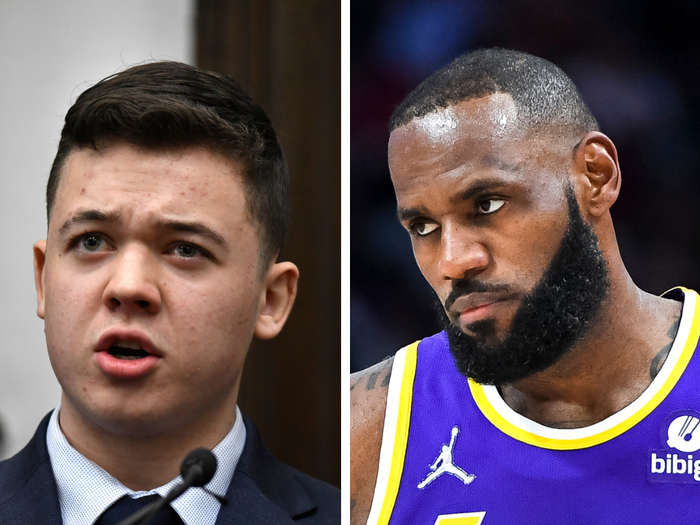 What tears????? I didn’t see one. Man knock it off! That boy ate some lemon heads before walking into court. 🤣🤣🤣 https://t.co/LKwYssIUmD

Now, Rittenhouse — who was found not guilty on all charges — is fighting back.
During a lengthy sit-down interview with Turning Point USA, Kyle said he was going after all the people who defamed him before and during his criminal trial.
KR obviously saw Bron’s message, and now he intends to sue the hooper.
Of course, recently, Rittenhouse reacted to LeBron’s tweet, saying he actually used to be a fan of LeBron but has since said, “F*** him!”
As for Biden, Rittenhouse says the U.S. prez called him a white supremacist … so he too can expect “papers,” as Kyle phrased it.
“We’re definitely going to be holding him accountable, too.”