Tory Lanez released his ’80s-themed Alone at Prom album earlier in December, but it looks like it could be getting him into trouble if Madonna has anything to do with it.

Madonna headed to the comments of a recent Tory Lanez Instagram post to accuse him of stealing her 1985 song “Into the Groove” for his own track, “Pluto’s Last Comet.” Her hit single appeared in the comedy-drama film Desperately Seeking Susan, which she also starred in.

“Read your messages [for] illegal usage of my song get into the groove!” she wrote in the comments.

According to Spotify, Tory Lanez is credited as the only songwriter on “Pluto’s Last Comet,” with Chazzz Music and Orlando Williamson on the production. “Into the Groove” was written by Madonna and Stephen Bray, and also appeared on the reissue of her 1984 album Like a Virgin. 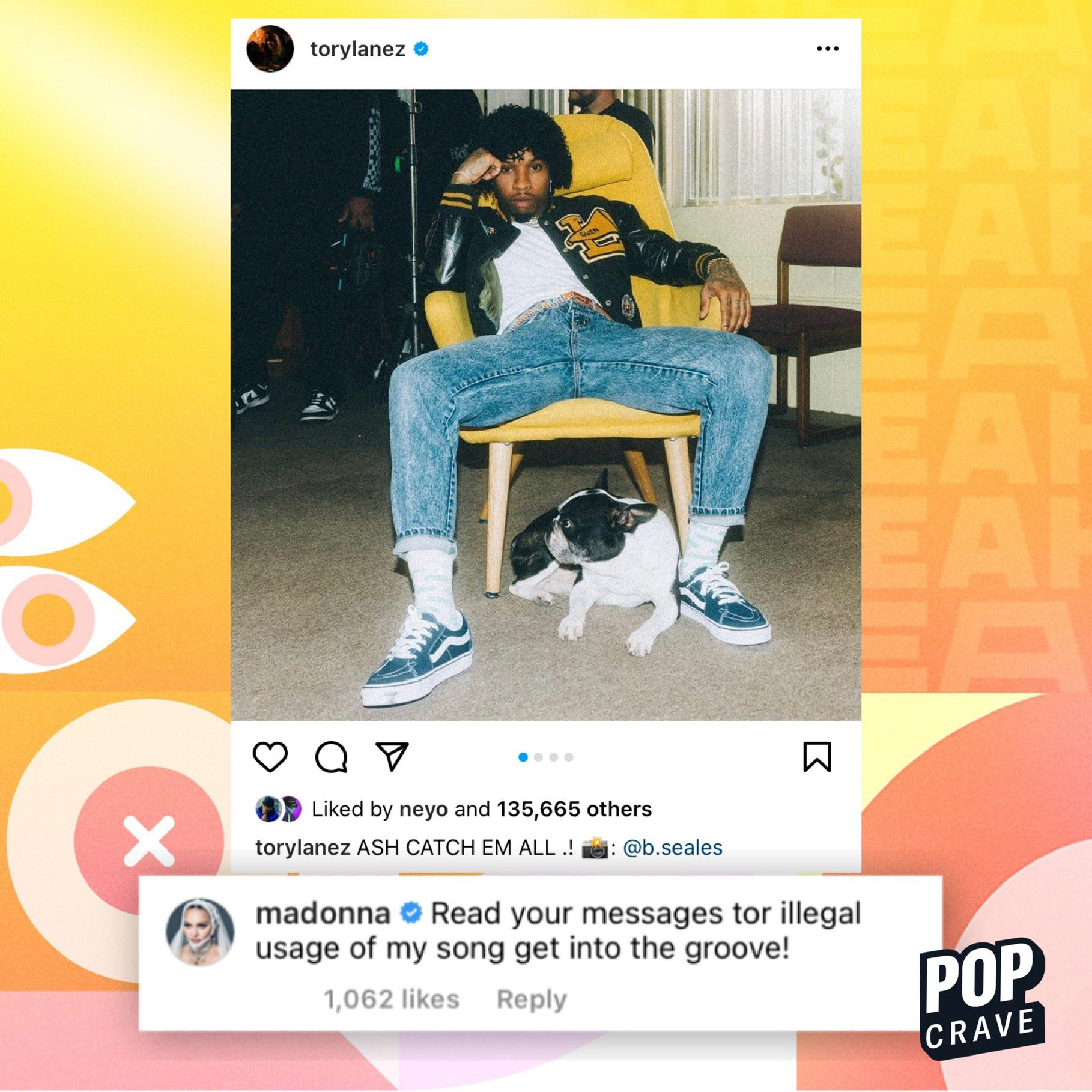 Tory Lanez isn’t the only rapper to appear in Madonna’s firing line as of late. When 50 Cent made jokes about her racy photoshoot in November, Madonna swiftly responded; despite getting an apology from 50, she wasn’t convinced he was being genuine.

“You were trying to shame me,” she said. “You were trying to humiliate me. Yeah, your apology is fake. It’s bullshit and it’s not valid. Let me just hit those four or five points about your apology being invalid. Number one, it’s not hard to find footage of you and me hanging out. Number two, an apology is not valid if you don’t know what you’re apologizing for. What you should be apologizing for is your misogynistic, sexist, ageist behavior and remarks.”

Listen to Tory Lanez’s “Pluto’s Last Comet” and Madonna’s “Into the Groove” below.